Google vs. Facebook: Who Is Winning the Tech Cold War? [INFOGRAPHIC] 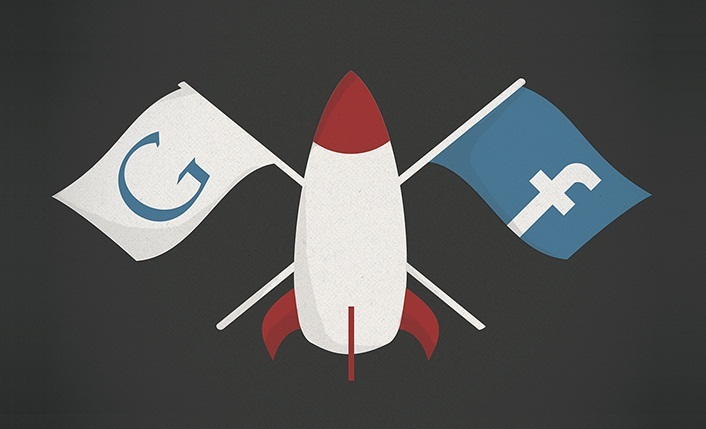 Facebook and Google are at war spending billions on technology specialists and applications. And it seems like these tech companies are battling for control of the internet. The new cold war isn't about army, tanks or missiles — it's about winning the digital world and commanding consumer attention.
So who is winning the tech cold war?
Take a peek at this infographic from whoishostingthis team that presents the timeline comparison between Google and Facebook acquisitions.

So what's the next in the proxy war between these two titans? Will one side emerged as the dominate power, or will they be locked in a stalemate for years to come? And what does this means for the consumer? Who do you think will come out on top?

Posted by Taranum Gupta at 6:12 PM