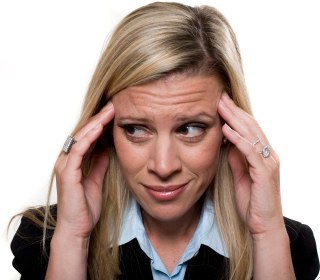 People who are new to Twitter sometimes ask me how to get followers and how they can build relationships using Twitter. My first response is always, “try being a human being.”


That’s a great place to start, but of course there’s more to understanding Twitter etiquette than just a vague idea of being human.
If you’ve been on Twitter for a while, this list probably won’t surprise you too much, but a reminder of good etiquette never hurts. For those who want to improve their Twitter presence, understanding what not to do is often a useful way of understanding what todo.

1) Dumping Tons of Tweets at Once

How many times have you unfollowed someone because they sent a lot of tweets all at once? Even worse, they’re usually not even meaningful tweets.
I have a feeling this is a problem of automation. While social media automation is a necessity for maximum success, there are ways of bad automation.  When I see someone dump multiple tweets all within a matter of seconds, it’s easy to assume they’re not engaged.
I know they’re not interested in holding a conversation on Twitter and I know they’re not monitoring their Twitter automation very closely, so it’s unlikely I’m going to follow them.

I’m as big a fan of inspirational quotes as the next guy, but a lot of people really overdo it.
Before I follow people, I usually check their profile to see what kind of content they tweet. When I see three of the last five tweets are random quotes, I’m skeptical about whether I want them in my Twitter feed.
Tweeting a quote occasionally isn’t a big deal, but if you’re tweeting lots of quotes on a daily basis, I think you’re doing yourself a disservice. I understand the purpose may be to get a lot of retweets. However, tweeting a certain way simply to maximize retweets on less-than-valuable information isn’t a great strategy in most cases.
At the end of the day, the number of retweets you receive is just that: a number. If those retweets aren’t furthering your relationships with others or resulting in leads of any sort, what’s the point?

Similar to #2 above, I like connecting with people who actively take part in the Twitter-verse. Anybody can set up an aggregated RSS feed and push out random content. I’m more interested in the people who take the time to converse, do the old fashioned retweet (using RT @username [tweet]), and so on.
When I look at a profile and see zero interaction with others, I wonder why that person is even there. It’s like going to a party and standing in the corner with your back to everyone else.

I won’t name names, but there are some very prominent social media marketers who tweet the same 8-10 tweets every single night. Of course, it’s automated and painfully obvious.
I don’t understand this strategy. Sure, you probably get retweets, but to what benefit and at what cost? You look disengaged, you look lazy, and the tweets lose value as they’re shared more and more. There’s no way you can build relationships by pushing the same generic social media tips every single night between midnight and 4am.