Study: By 2020, smartphones will replace cash and credit cards as the preferred payment method

The majority of so-called Internet experts are saying smartphones will beat out traditional forms of payment by the decade's end. Is our culture moving toward that behavior? 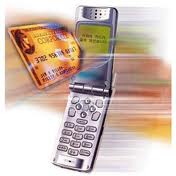 Do you already use your smartphone to make daily purchases instead of cash, debit, or credit cards? If so, you’re on your way to contributing to the study that believes by 2020, mobile payment will make all other payment methods obsolete.
Seeking the opinions of 1,021 “Internet experts and other Internet users,” the findings come from the Pew Research Center’s Internet & American Life Project and Elon University’s Imagining the Internet Center. This research concluded that 21 percent of smartphone users say they already use their smartphones to pay the bill and two out of three respondents believe people will begin migrating toward the method by the decade’s end. The survey considers Near Field Communication (NFC) such as the Google Wallet technology and the Square mobile card reader as forms of mobile payment.
“By 2020, most people will have embraced and fully adopted the use of smart-device swiping for purchases they make, nearly eliminating the need for cash or credit cards. People will come to trust and rely on personal hardware and software for handling monetary transactions over the Internet and in stores. Cash and credit cards will have mostly disappeared from many of the transactions that occur in advanced countries,” the survey statement said. About 65 percent of people agreed, though 33 percent noted they do not trust devices using NFC because it will not allow people to physically swipe or enter their information in for maximum safety and reliability. With the recentGoogle Wallet hack, it’s not surprising why.
The rise of mobile payments is definitely attributed to more smartphones being made and sold, slowing easing out the old days of app-less devices. Paying with a device you already use for everything else consolidates all your belonging in one place so you don’t have to carry around a bunch of items in the future to serve various purposes.
“There is nothing more imaginary than a monetary system,” survey respondent and Harvard University professor Susan Crawford wrote. “The idea that we solemnly hand around printed slips of paper in exchange for food and water shows just how trusting and fond of patterned behavior we human beings are.”
Still, with one third of correspondents still wary of mobile payments overtaking past patterns, there are still some security fears floating about the idea. Especially with NFC devices which can access your personal information through just several taps, perhaps people are not ready to make the complete move toward a smartphone domination. Losing your wallet is traumatic enough, but losing a phone which has your bank accounts and the rest of your life in would be a bigger devastation.
What about you? Would you prefer to use your smartphone as the new way to pay, or do you prefer to stick with cash and cards?
(via)

Posted by riteshrajgupta at 11:49 PM