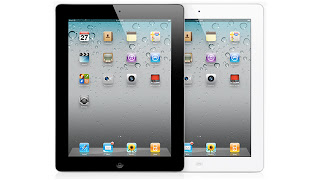 Apple's much-awaited new iPad is launching in India on April 27. The company has announced it will launch its third-generation tablet in India after its launch in 12 countries, South Korea, Brunei, Croatia, Cyprus, Dominican Republic, El Salvador, a week earlier. The other markets where new iPad will be launched along with India are Colombia, South Africa and Thailand

Apple took the wraps off its latest iPad in March this year. Apple CEO Tim Cook, presiding over his second major product launch after debuting with 2011's voice-enabled iPhone 4S, introduced the highly-anticipated third iteration of the tablet.

The latest model of Apple iPad comes with a bunch of new features including crisper display and an array of technology advances. Here are nine things to know about the Apple's all-new tablet.

As widely speculated, Apple's third-generation tablet is not called iPad 3, but simply referred to as the latest iPad. Incidentally, this is not the first time that Apple is sticking with the original name of a device. The company updated the iPod multiple times without attaching numbers to the digital music player. Same for Macbook laptops and iMac desktops.

Naming the device iPad 3 "would be so predictable," Phil Schiller, Apple's senior vice president of worldwide marketing, said in remarks to reporters during tablet's unveiling. "We've had many products where we've never used numbers. Sometimes we do, sometimes we don't."

Apple said that the display in the new iPad is sharper than the average high-definition television set. The new iPad comes with Retina display feature.

According to Apple, the new iPad now has the highest resolution display ever seen on a mobile device with 3.1 million pixels, delivering razor sharp text and unbelievable detail in photos and videos.

Apple's new iPad is thicker and heavier than the iPad 2 because it features a bigger, more powerful battery. The new iPad is 9.4 millimeters thick, or 0.37 inches. That compares with 8.8 millimeters, or 0.34 inches, for the iPad 2.

iPad 2 gets price cut (in India too)

The battery capacity of the new iPad is 70 percent higher than iPad 2, claims Apple. However, even with a bigger battery, the battery life of the device stays the same: about 10 hours (9 hours on 4G). That's because Apple has quadrupled the screen resolution, which in turn requires more computing power.

The new iPad supports iCloud service which means that a user can store content in a remote storage facility created by the company instead of storing in the device. He can then access this content, which can be music, video, electronic documents and others, using wireless network.

Apple's new iPad is powered by A5X, a processor with two CPU cores and four GPU cores. Apple has not disclosed how much RAM is on board. However, according to some some benchmark tests, it is 1 GB. The same is 512 MB in iPad 2.

The new tablet comes with Wi-Fi a/b/g/n and bluetooth connectivity, while also offering GSM/EDGE, UMTS/HSPA+/DC-HSPA and LTE cellular compatibility. The Long-Term Evolution (LTE) capability in non-LTE countries will surely be activated once compatible mobile networks are made available.

The high-end model of Apple's latest iPad will be capable of operating on a high-speed 4G LTE network, at speeds roughly 10 times faster than the current 3G technology.